Just ask any felter what their least favorite part of the process is and most will say the rolling.  And yes I concur with this consensus; it is in fact my least favorite part.  On the other hand, I have to say it's a pretty good work out and I've developed some fairly decent upper arms from it.  Sometimes I even throw in a few squats at the same time as part of my multi-tasking mentality. Although I've heard lately that they say it's impossible to multi-task...really now.

And to help pass the time, I usually put my iPad on the table and turn on some mindless show or some interesting TED talks. Once in a while, I'll bring my roll into the other room, put it on the floor and use my feet to roll while I watch TV on the big screen. So given all of this, I try to make the best out of rolling.

GO AHEAD AND READ THIS BLOG IN FULL AND THEN GO TO: https://www.studio907.com/2020/01/renewed-no-roll-felting-dryer-method.html TO SEE SOME GOOD UPDATES THAT I'VE MADE TO THE NO ROLL DRYER METHOD. 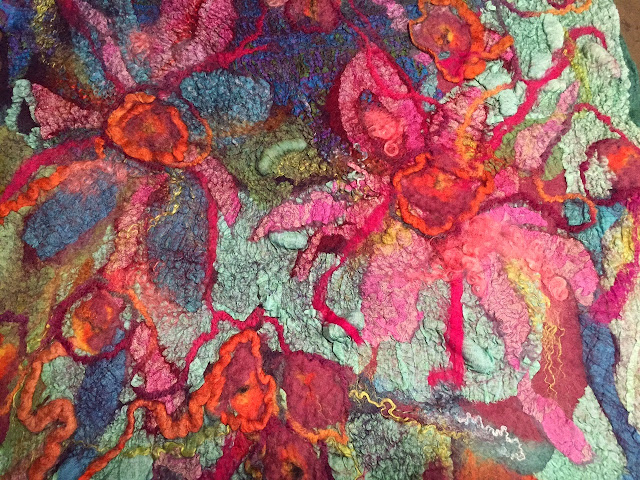 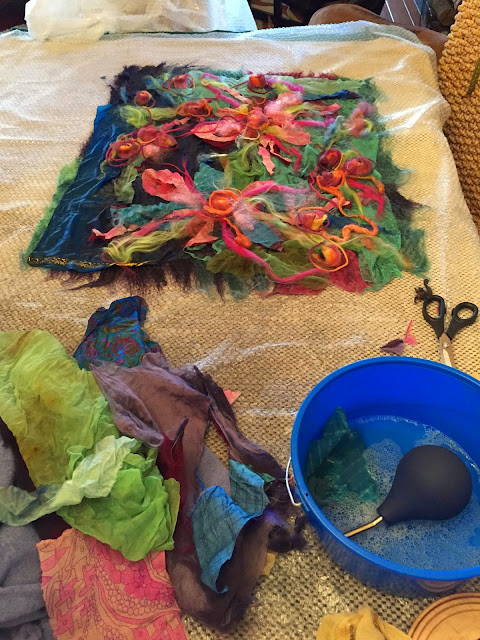 But a recent Facebook post by Patricia Spark referencing the dryer method for felting, which is a popular substitute for rolling, got me thinking that I should try it again.  I had in fact tried it some time ago but I had not been very pleased.  I think it had to do with what I was making at the time which was a big garment with a resist.
But this time I was working on a simple 30"x30" square that is going to be used as either a table accessory, pillow cover, quilt piece or something similar, and thought I'd take another crack at this dryer method for felting. 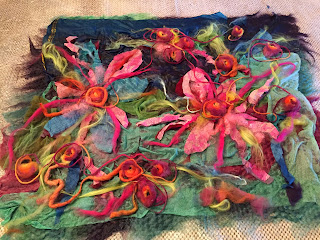 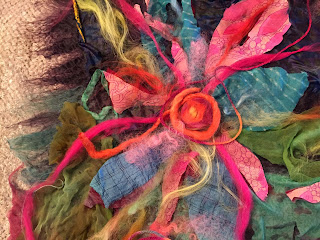 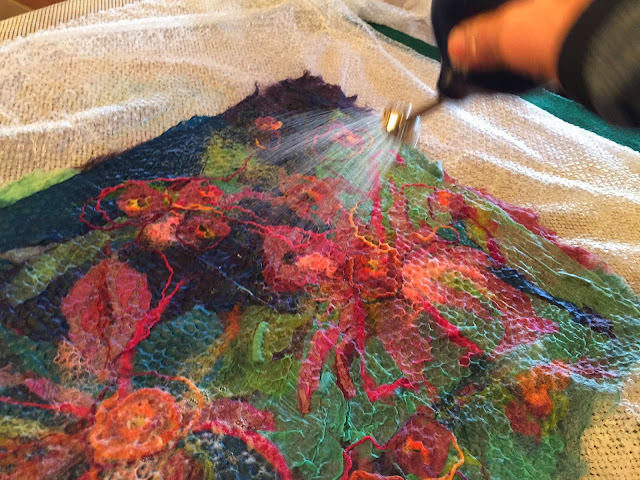 But this time, I did the following for the no roll dryer method: 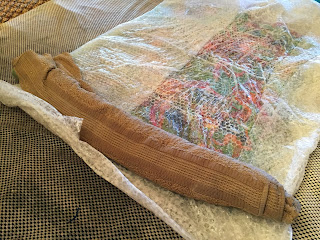 2.  I used a wet towel and rolled it up like a sausage roll.  I put that at the edge of my bubble wrap.

3.  I rolled up the sausage towel inside the bubble wrap. 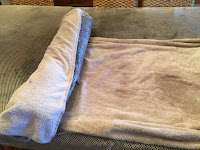 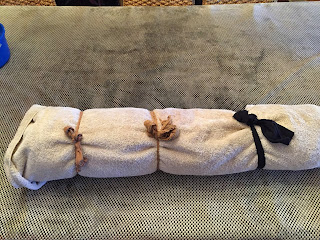 4.  I put a fresh towel under the package and rolled everything up inside it.

5.  I secured the towel with three panty hose ties. 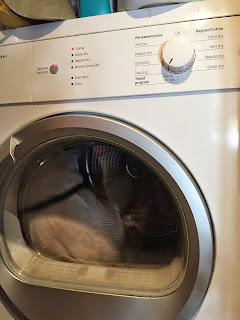 6.  Into the dryer it went for 10 minutes.  Set it for no heat or just damp dry.  It's the thumping agitation, not the heat, that will "no roll" felt the piece for you.  And while it's doing it's thing, you have time to get other stuff done...or not! 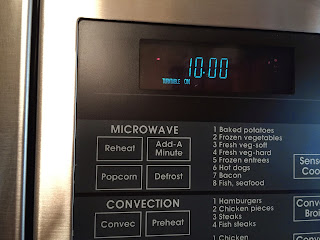 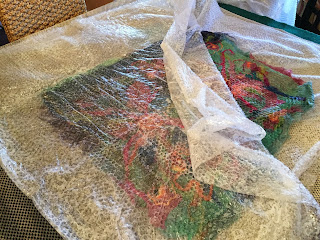 8.  Remove the outer towel, the sausage towel, and open it up.  Assure it is secure. 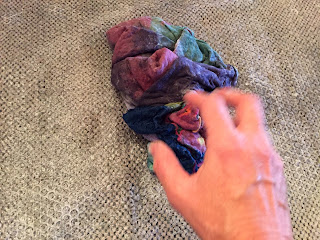 Proceed as your normally would to full the piece:  roll it on itself, slam it, rub it.

And just like that, it's a beautiful felted piece. 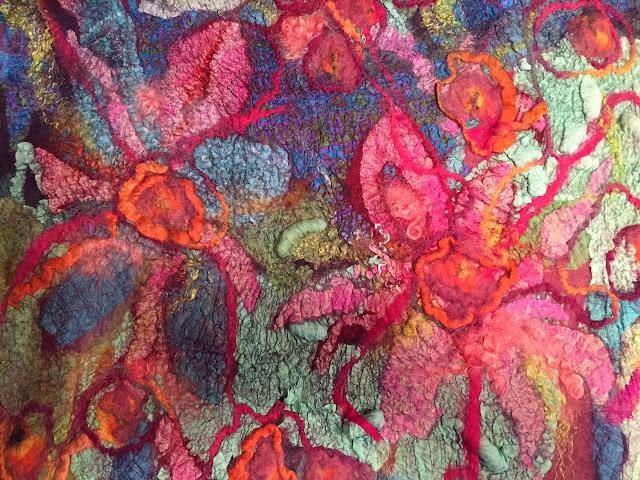