How to dye wool roving and silk using acid dyes 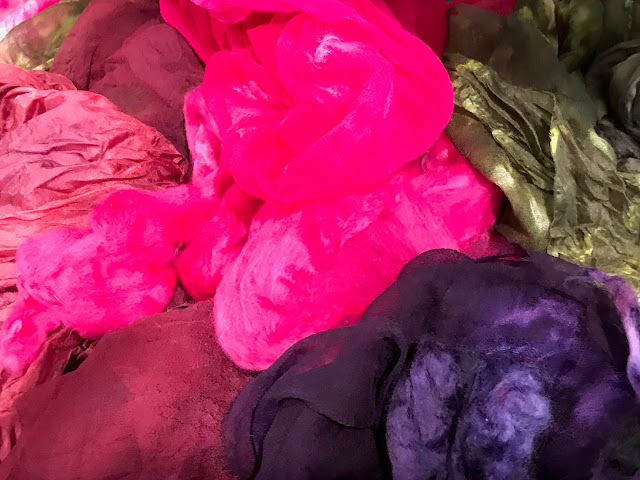 I did some silk and wool roving dyeing today with Dharma acid dyes in preparation for a large piece I am making for a piano cover. Some of my colors were straight from the Dharma container and some I combined by mixing several colors. 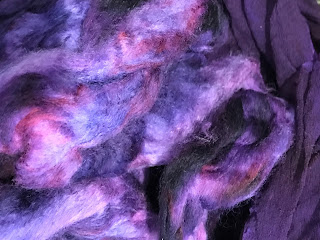 I dyed pieces of silk gauze and silk chiffon the same color as hunks of wool roving.  I used Ball jars and separated the silk fabric from the wool roving. 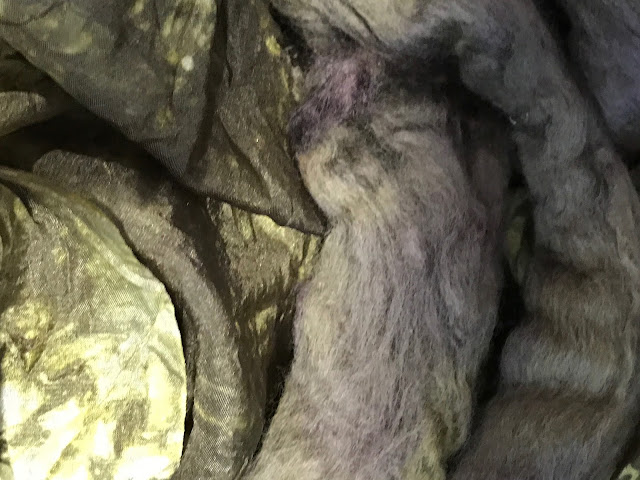 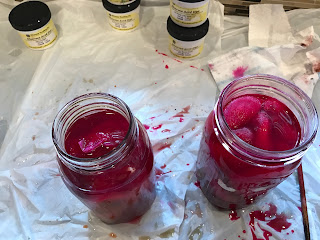 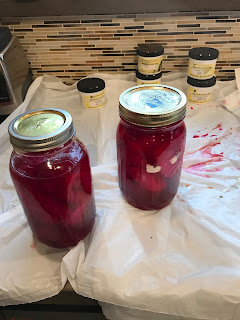 I first soaked the silk fabric in a combo of vinegar and water for about 15 minutes.  I did not soak the roving but added the vinegar later as explained below.

I put 1 tsp of acid dye powder into a quart Ball jar and then added 16 oz of very hot tap water (I used my instant hot water faucet)using a chopstick to stir. It was really handy since the Ball jars show the measurements on the side. I then poured half of the mixture into a another Ball jar; this way I have two batches of the exact same dye, one for silk and one for roving. I then added more hot tap water filling each of the two jars almost 3/4 full.  I then placed the silk fabric in one jar and the wool roving in the other.

Repeat the process for as many jars as can fit into your pot. 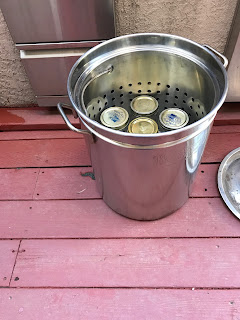 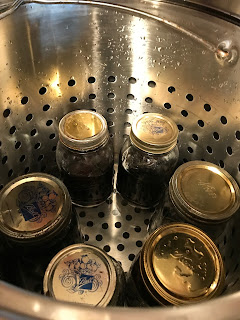 I used a big lobster pot with a inside steamer.  I placed the jars into the steamer and added water to come up about 1/3 of the way around the jars.  I put on the lid and let the jars steam/simmer about 20 minutes.  I then added 1 T or so of vinegar to the jars with the wool roving, gently stirring with a chopstick.  I then let the jars simmer another 20 minutes.  After that I shut off the burner but let the pot sit until the jars were cooled...or somewhat cooled since I am always in a hurry. 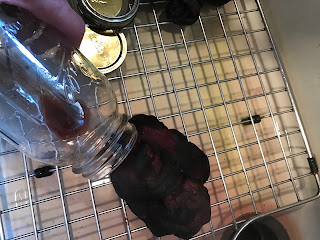 The water remaining the jar should be somewhat or completely clear when you remove the fabric and the roving.  I rinsed the silk fabric but did not rinse the roving since I did not want to take the risk that it would felt. 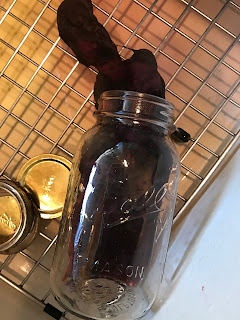 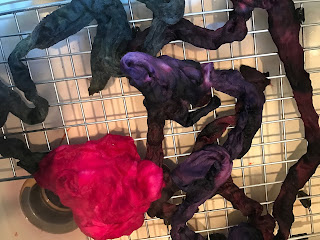 I drained the roving on a dish drainer in the sink and then put it in my spin dryer.  I put the silk fabric in my machine dryer. 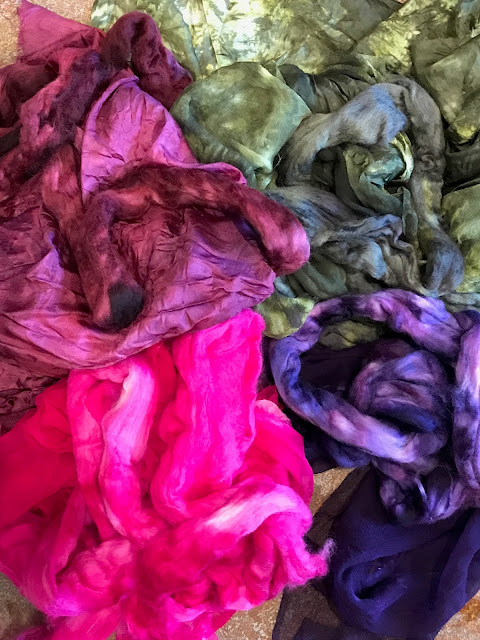 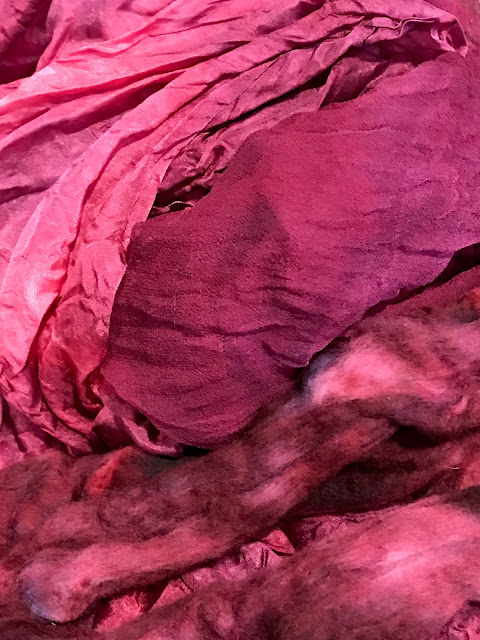 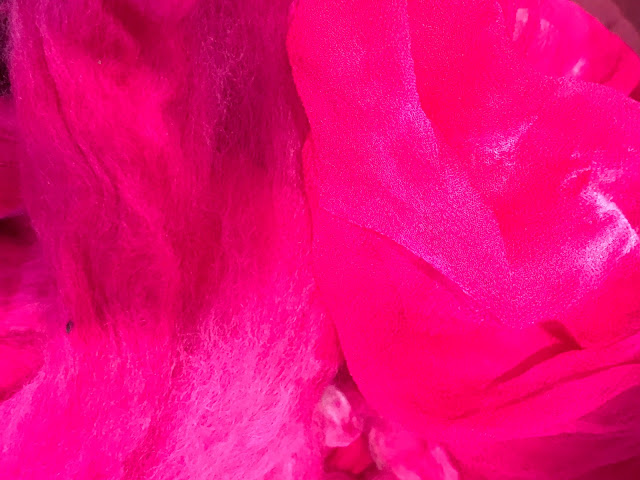 Wool roving on the left and matching silk fabric on the right.