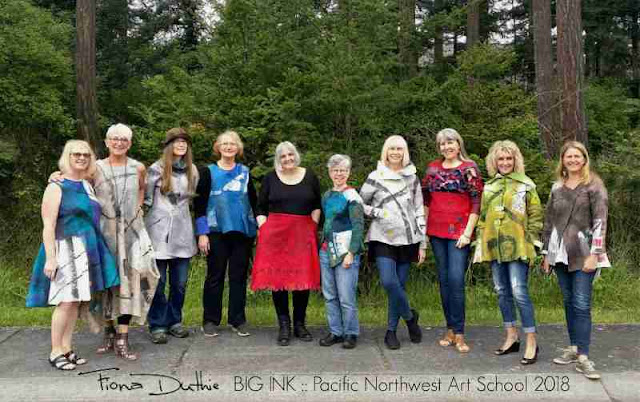 When I found out that Fiona Duthie was going to teach her Big Ink Felted Garment Workshop on Whidbey Island, Washington I was probably the first to enroll.  I am a huge fan of Fiona's having taken not only her absolutely fantastic on-line workshops but also had the opportunity to finally meet her and take a terific sumi ink workshop from her at the August 2017 Felter's Fling at Snow Farm, MA.  Fiona is not only one of the most, if not the most, talented and artistic felters in the world but also a kind, generous and patient person and instructor.  I feel blessed to know her and learn from her.

I too am blessed to have my guy Joe in my life and to be about the best pilot around.  I asked him if he would fly me from southern California to Whidbey Island, WA for the workshop.  Not only did he say yes, but suggested we make a vacation out of it and head as far as Tofino, British Columbia, a place that has been on my bucket list for quite a while. While there we stayed and throughly enjoyed the lovely, rustic, upscale Wickaninnish Inn, went bear watching and hiked a few miles to the ocean hot springs which is absolutely amazing.

The workshop was four days of intense felting but very satisfying and inspiring and fun hanging out with Fiona and 12 other like minded experienced felters who came from as far as Ontario, Canada and as close as taking the ferry over from Port Townsend. 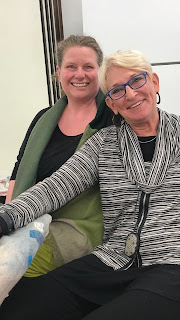 Fiona taught us how to make a sized up pattern which involves some differences from what I teach in my workshops.  Good to have both tools in my box.  There were no restrictions on what we could make although we had to have the wool layout completely done by the end of the second day which was a challenge in itself especially with the long, wide dress I decided to make which hung over both sides of the two butted up tables. 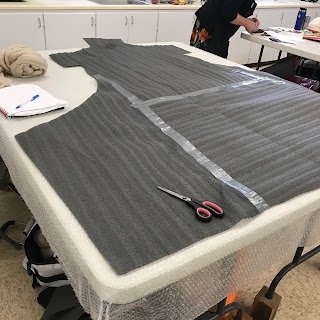 After the felting workshop, Joe and I flew from Whidbey Island to Brasada Ranch in central Oregon for two nights.  We had the opportunity to swim in their indoor pool, go horseback riding and just kick back.  The setting was lovely and Joe captured some really cool photos of me modeling my new felted dress which I am absolutely thrilled with.  I know I will have many opportunities to wear this classy, comfortable dress that was made for me and by me.  It even has a tag with my name on the back! 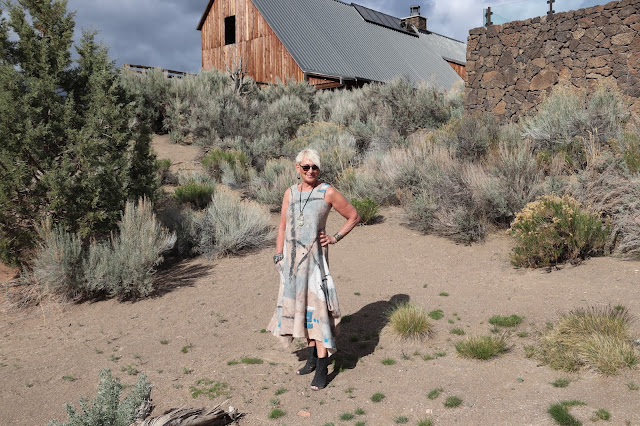 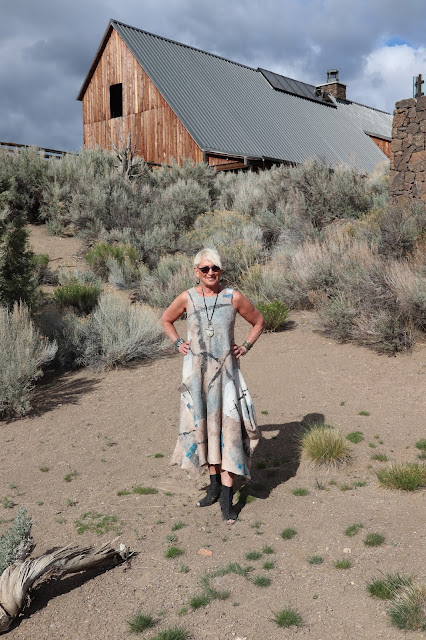 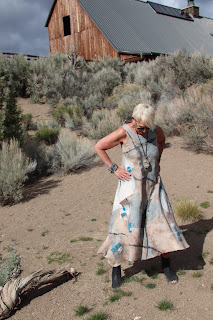 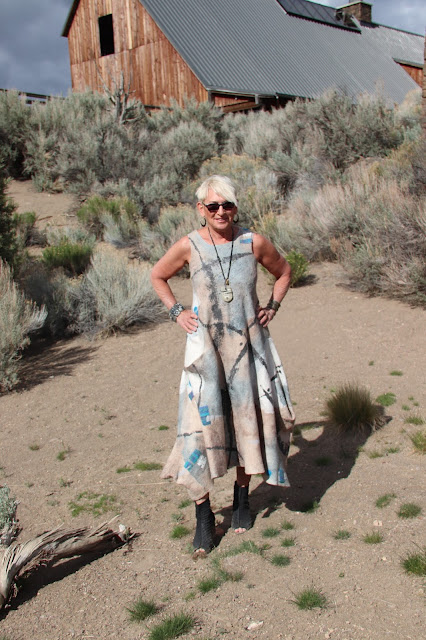 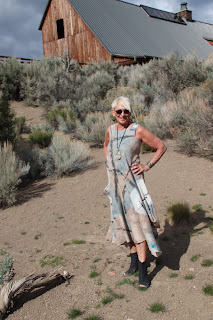 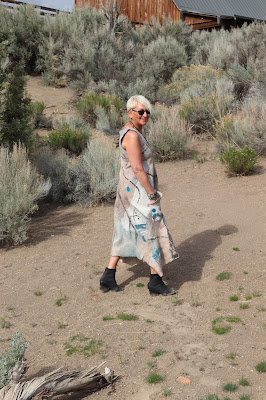 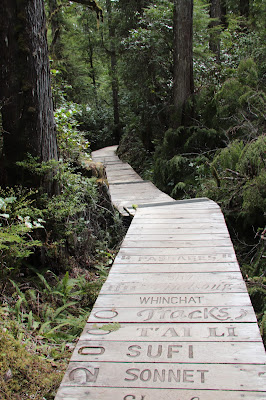 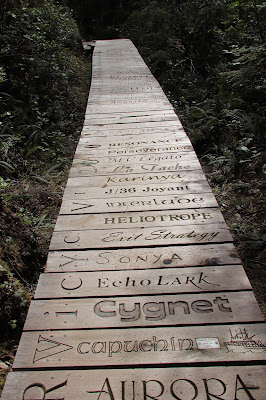 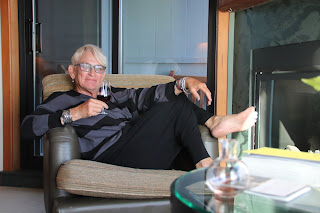 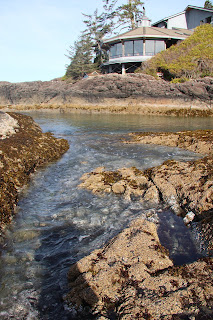 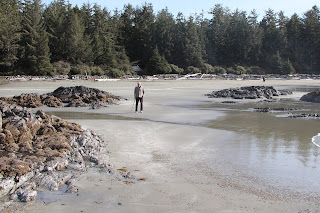 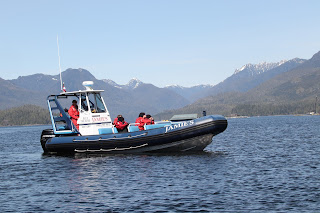 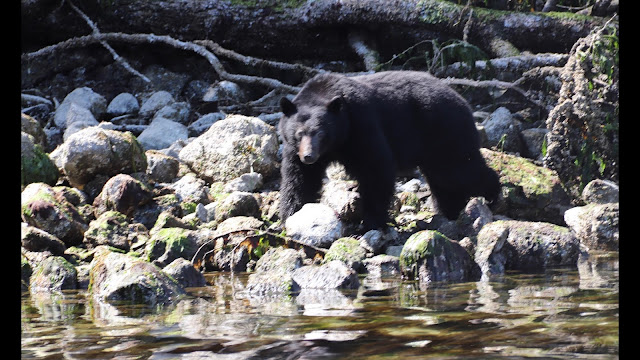 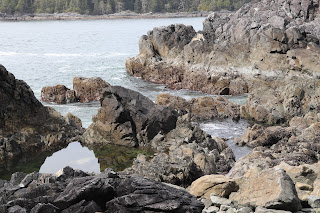 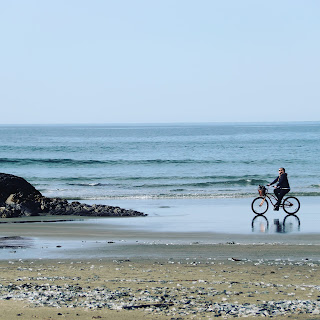 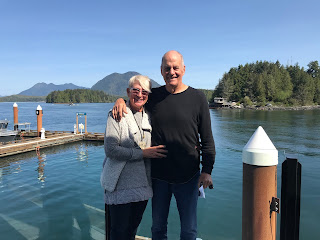 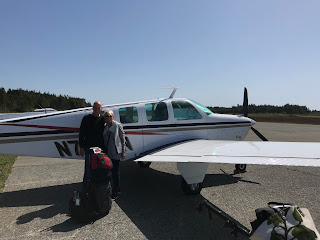 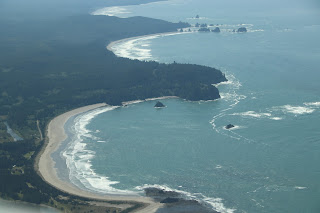 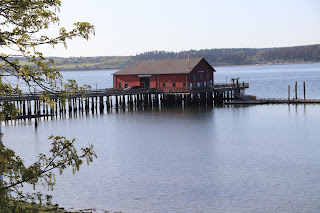 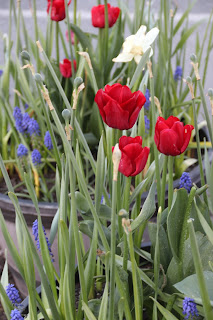