Lentil Stuffed Poblano Peppers with a side of Balsamic Roasted Vegetables 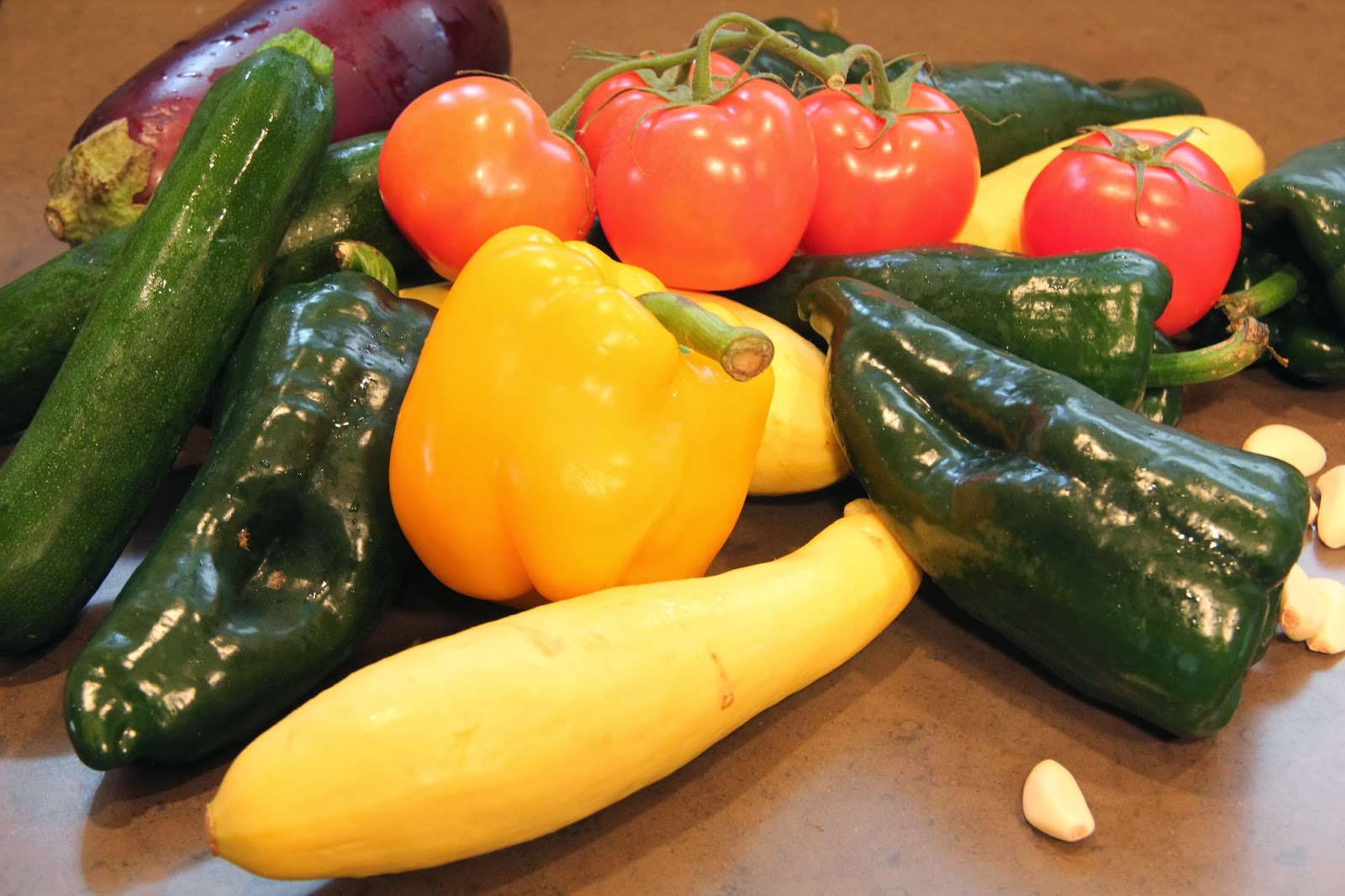 There's a middle eastern market called Super King, not too far from my house that makes for some interesting treasures.  My creative juices start flowing when I'm in a market like this and I get excited to go home and start creating without a recipe.  I spotted some beautiful poblano peppers that looked like they were calling out to be stuffed and decided to base my culinary experimenting around them.  Bought some squash, zucchini, an eggplant and some fresh peeled garlic gloves in jar (make it easy on yourself). I Already had the tomatoes and yellow pepper in the frig.

Come join me as I create my very own Middle Eastern inspired vegetarian stuffed poblano peppers.  They're stuffed with a mixture of lentils and veggies and topped with a tomato, onion, garlic mixture.  They are absolutely delicious plus they're heart healthy and loaded with nutrients and fiber.  Enjoy. 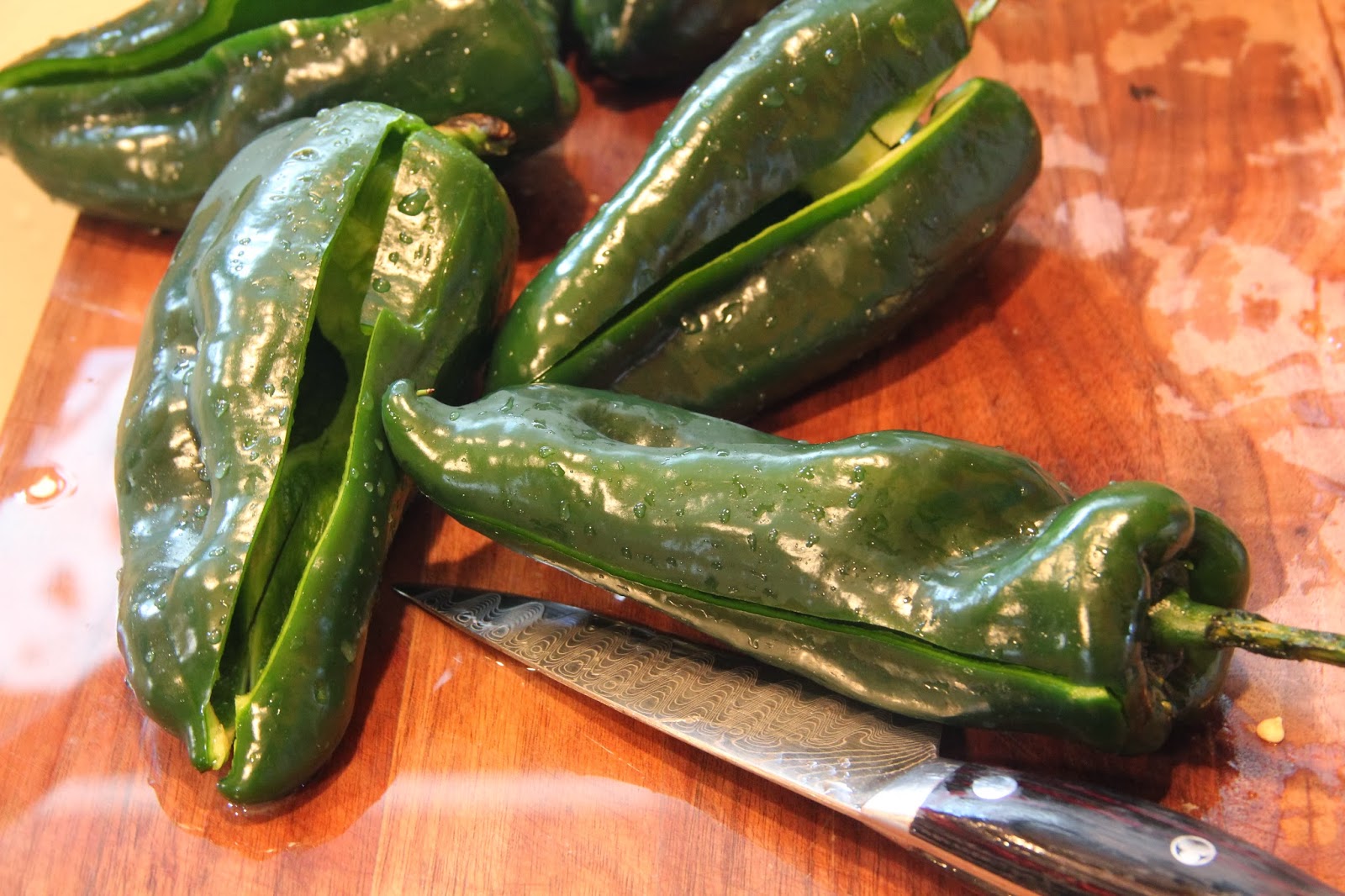 Slit the peppers down one side, while still keeping them whole, and remove the seeds.  Drizzle some olive oil on them and roast them on a cookie sheet for about 35 minutes at 450 degrees. 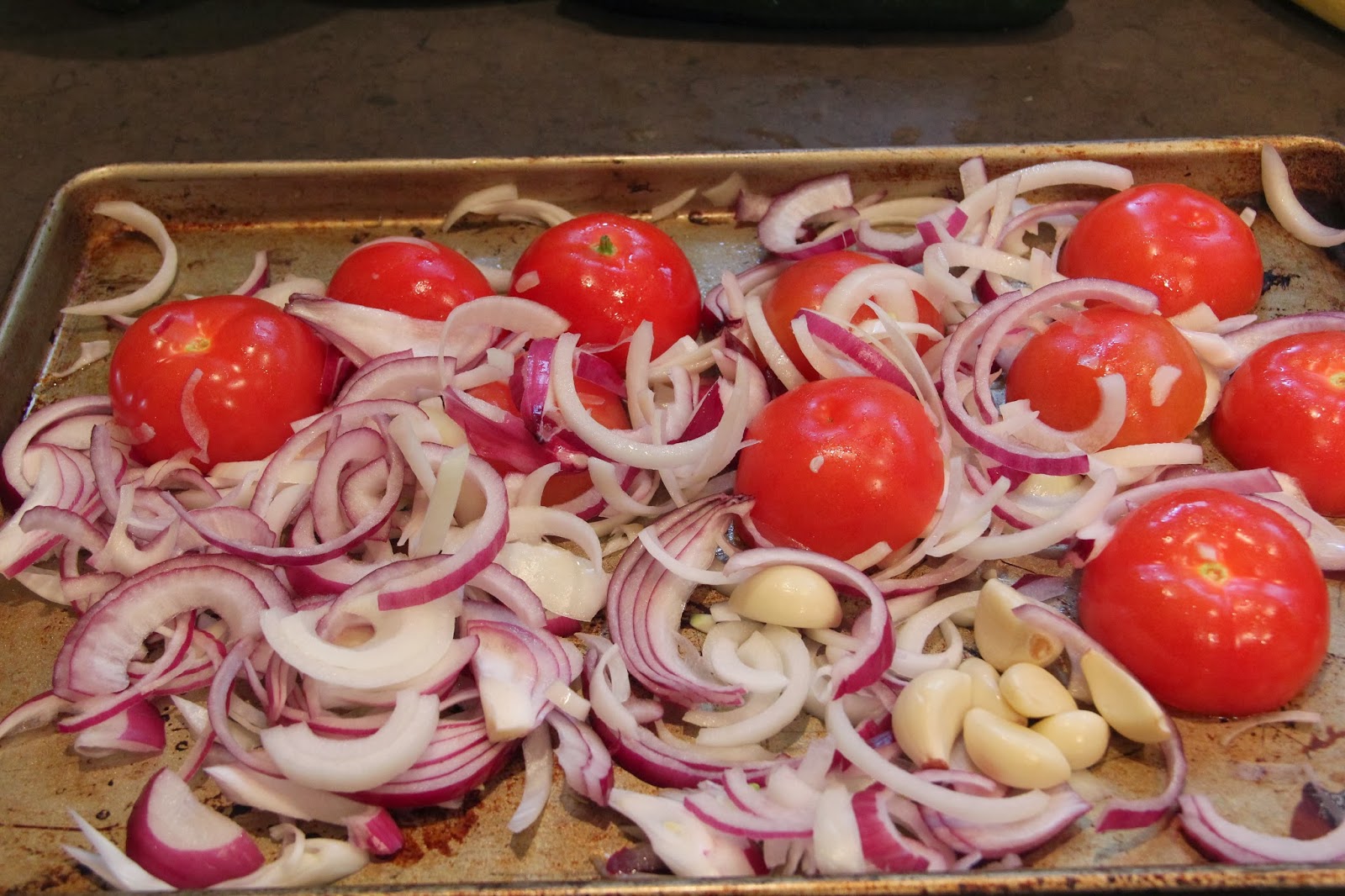 On a separate cookie sheet place the tomato halves with the cut side down, sliced onions and garlic and roast them in the same oven as the peppers.  This will be the sauce for the stuffed peppers. 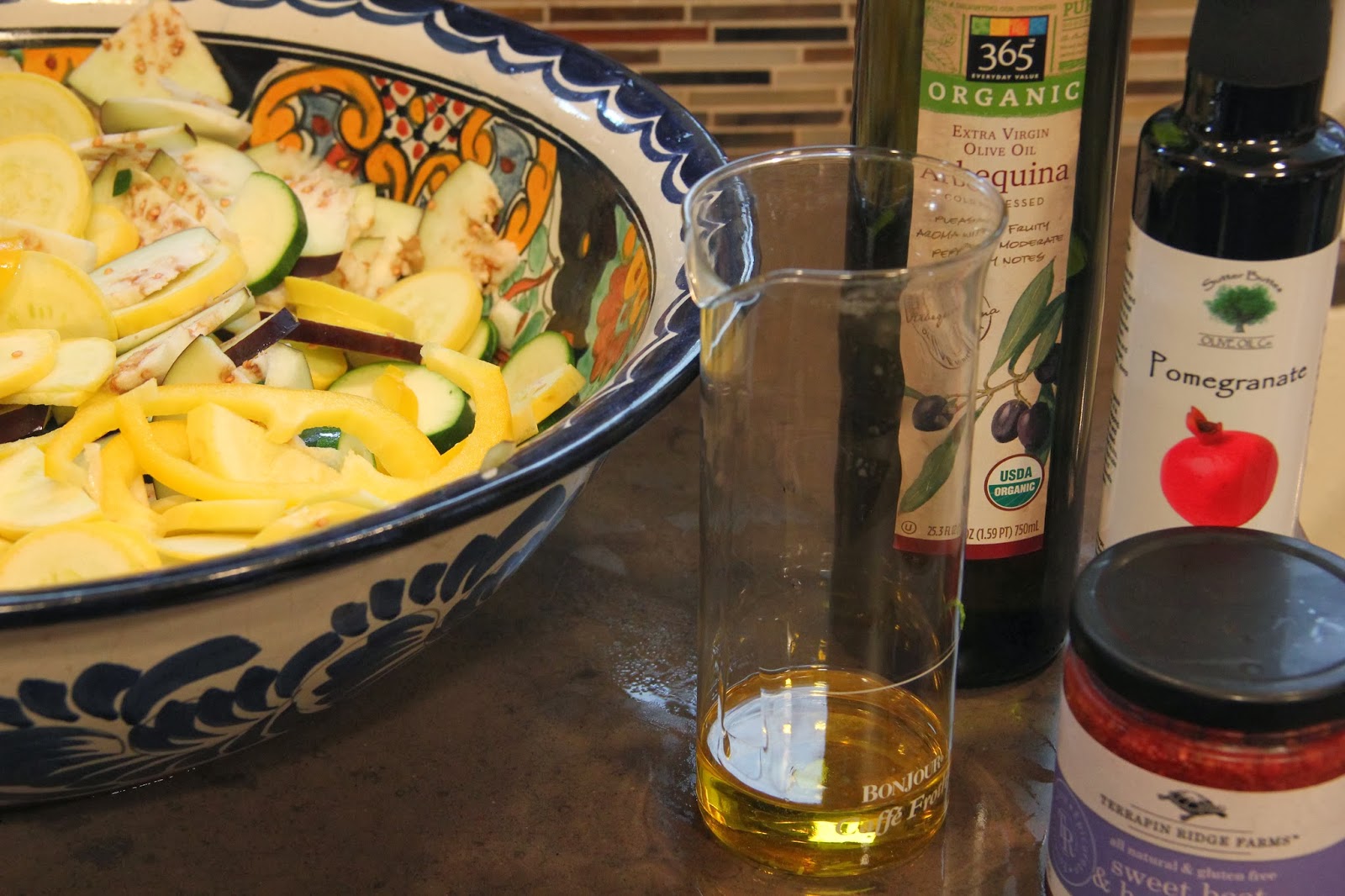 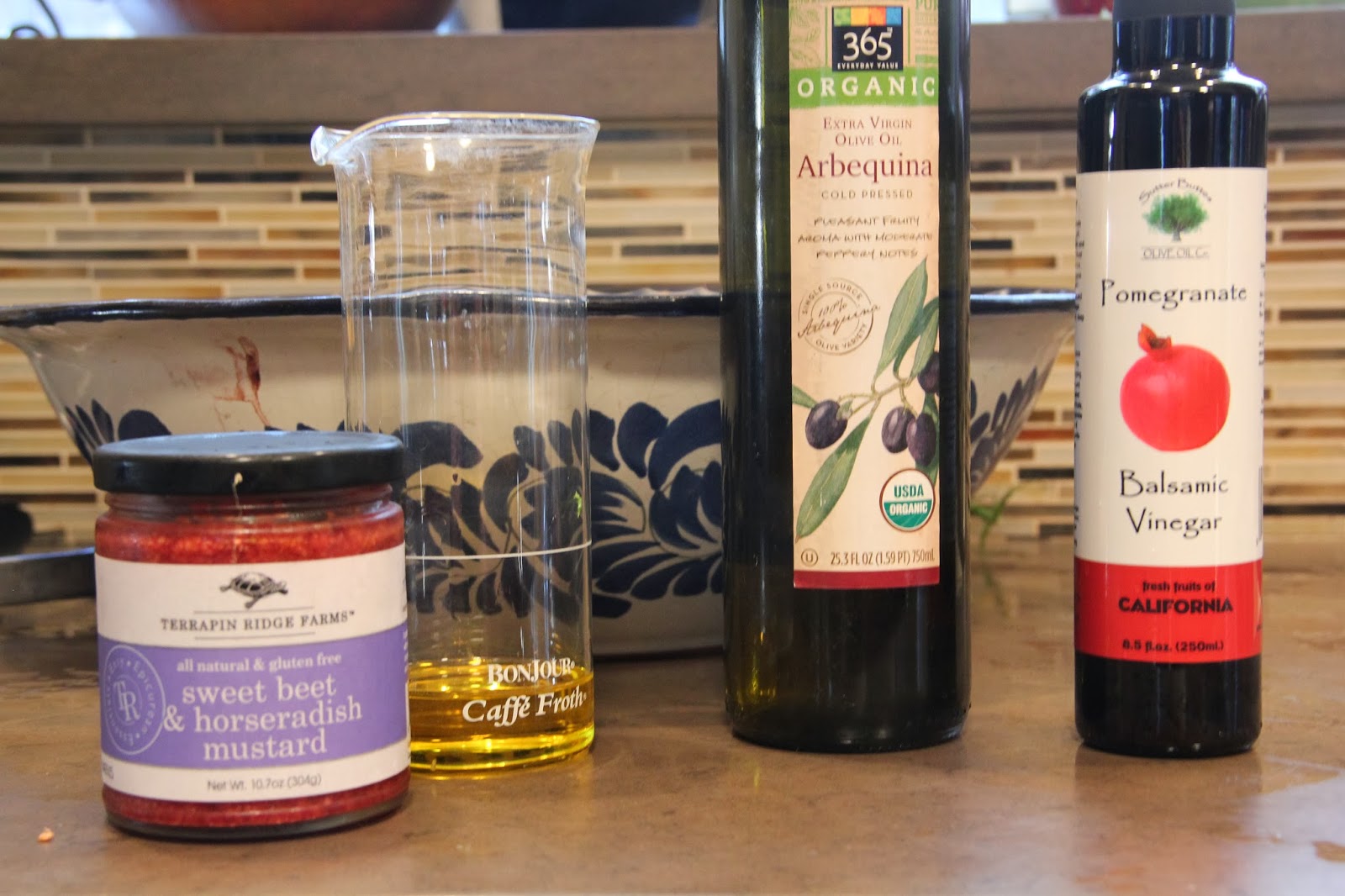 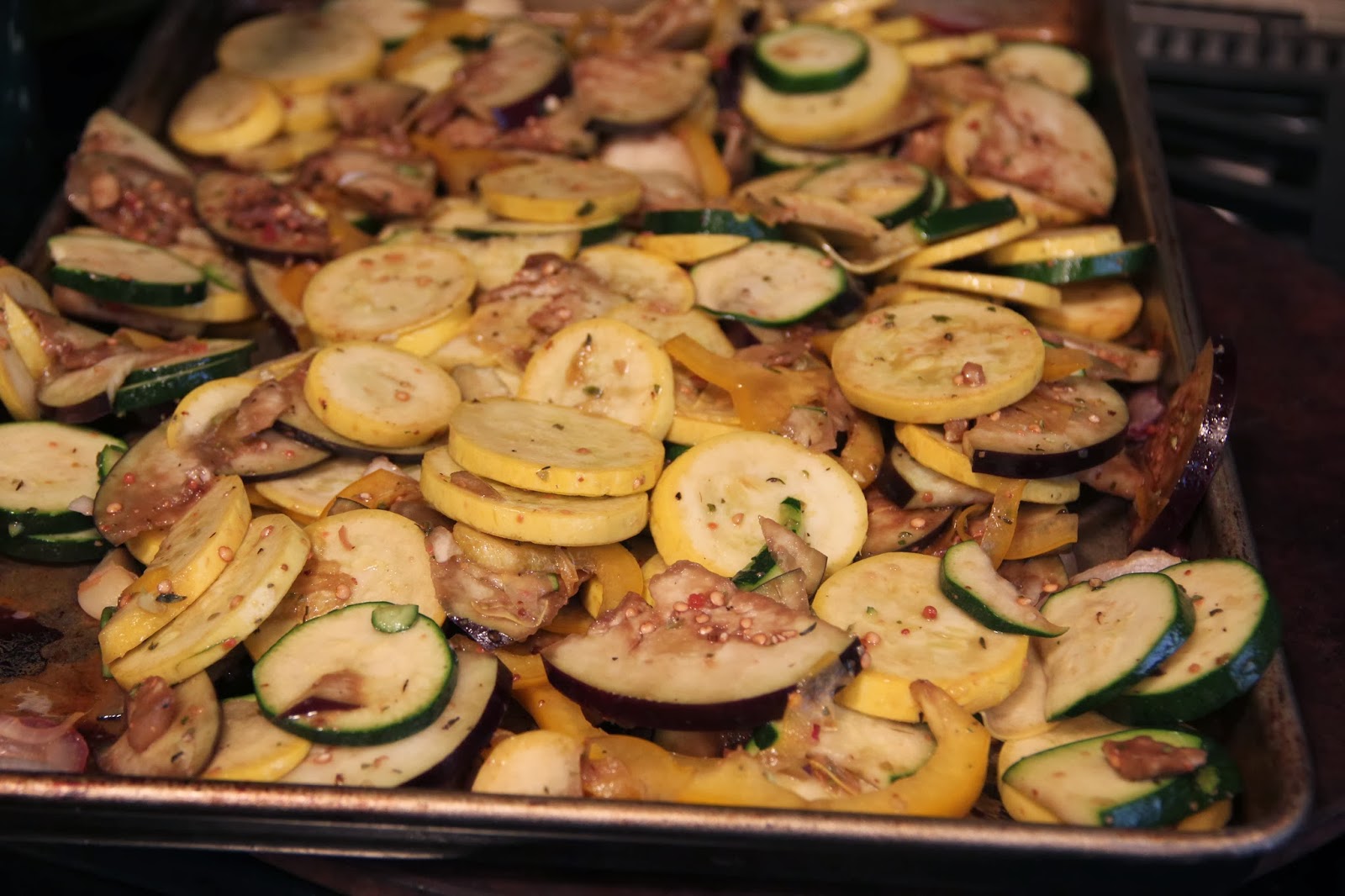 Use a food processor to slice all of the other veggies and toss them in a dressing made of olive oil, balsamic vinegar, mustard, salt and pepper.  I used the beet and horseradish mustard and the pomegranate balsamic vinegar from We Olive in Belmont Shore. All of the products there are deliciously unique.  Roast the mixture for 35 minutes at 450 degrees.  Some of these veggies will go into the stuffing for the peppers and the rest can be used for a side dish for this or another meal. 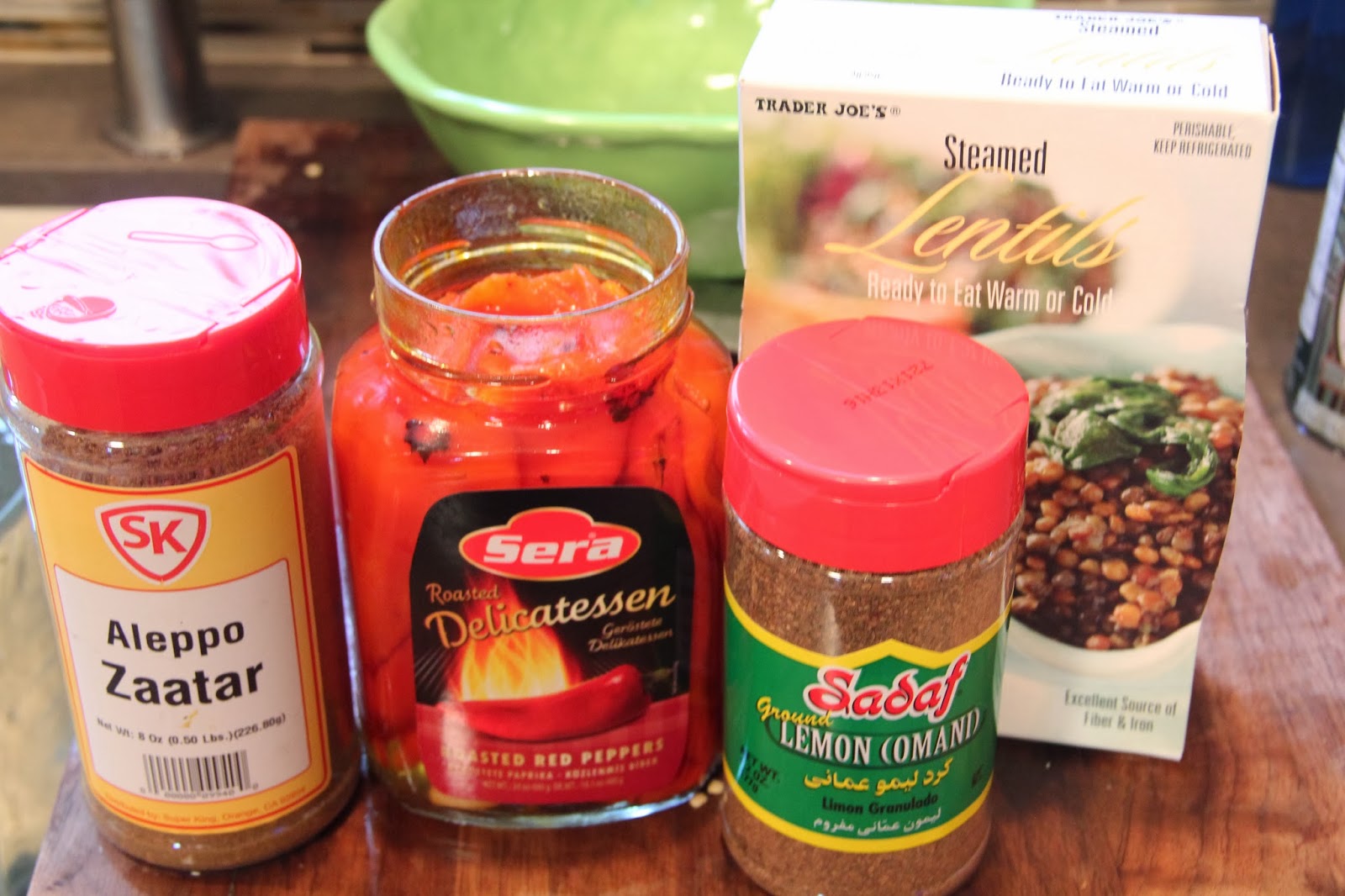 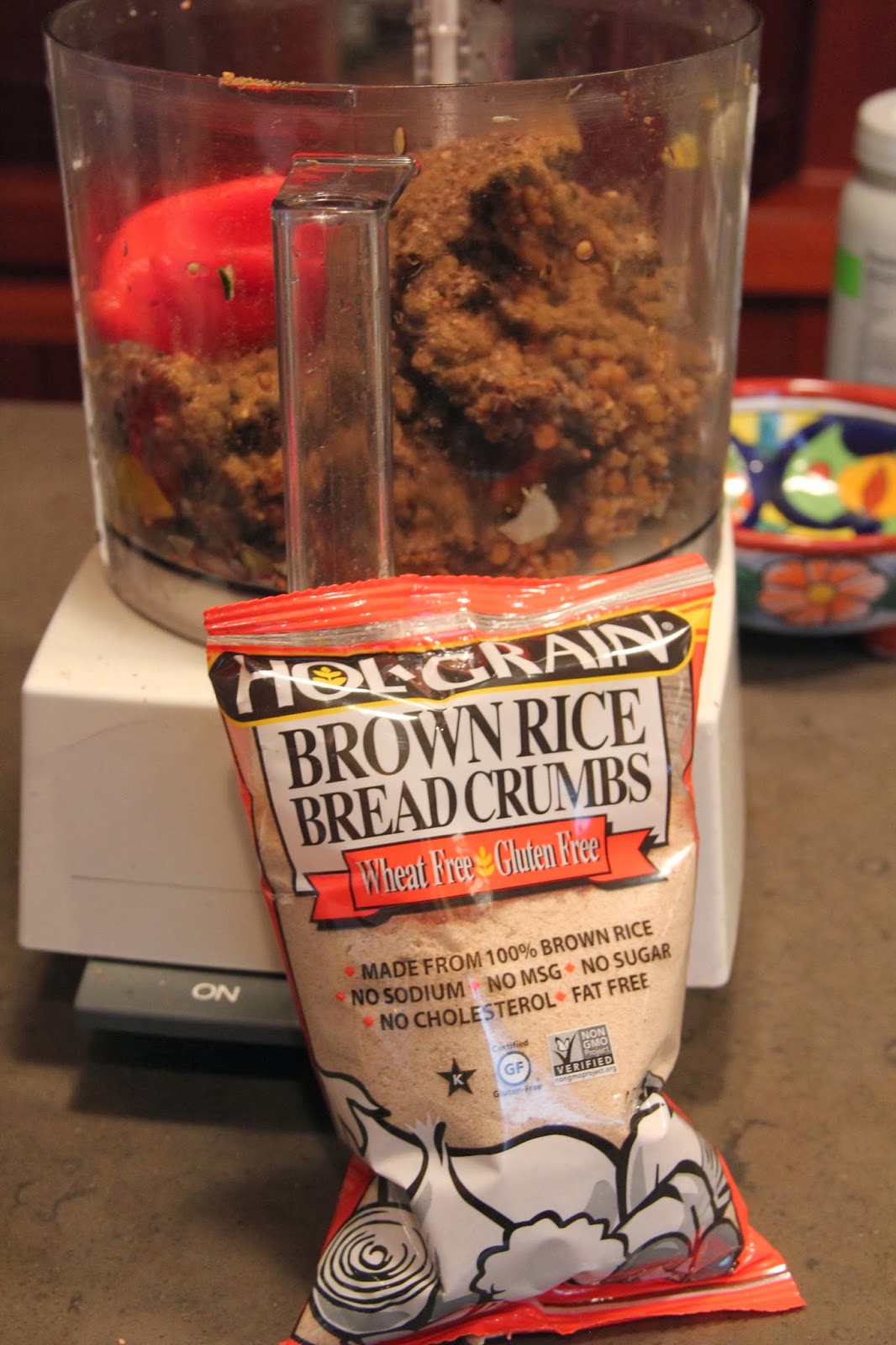 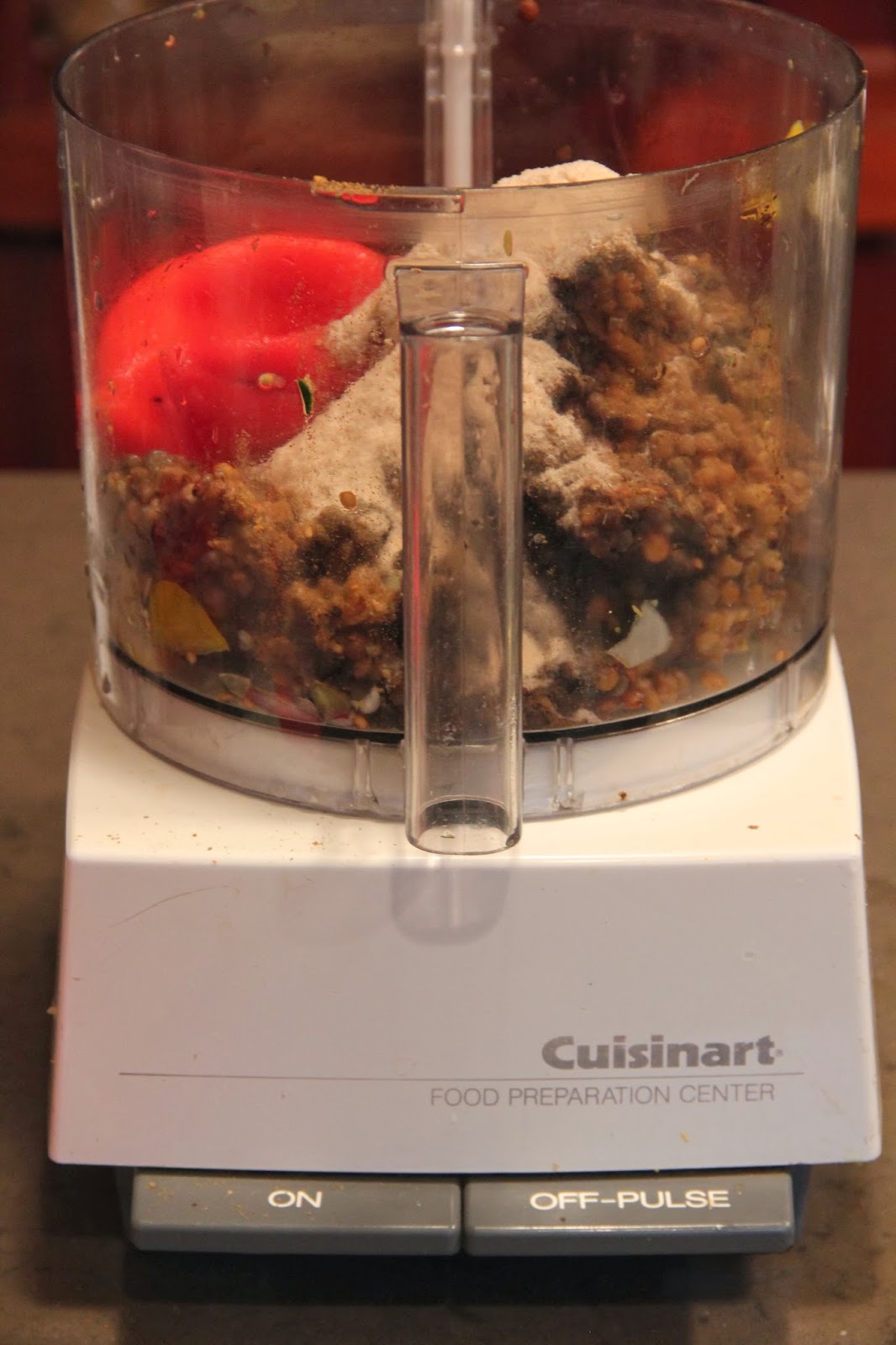 I thought these Brown Rice Breadcrumbs from Whole Foods looked interesting and are a good healthy and gluten free choice.  I added them to the food processor along with the lentils, a few red peppers from the jar, one egg, salt and pepper and some of the new spices from Super King, which I had never used before, called Aleppo Zaatar and Lemon Comand.  I also added some of the balsamic roasted veggies and for good measure, I threw in some crumbled feta cheese. 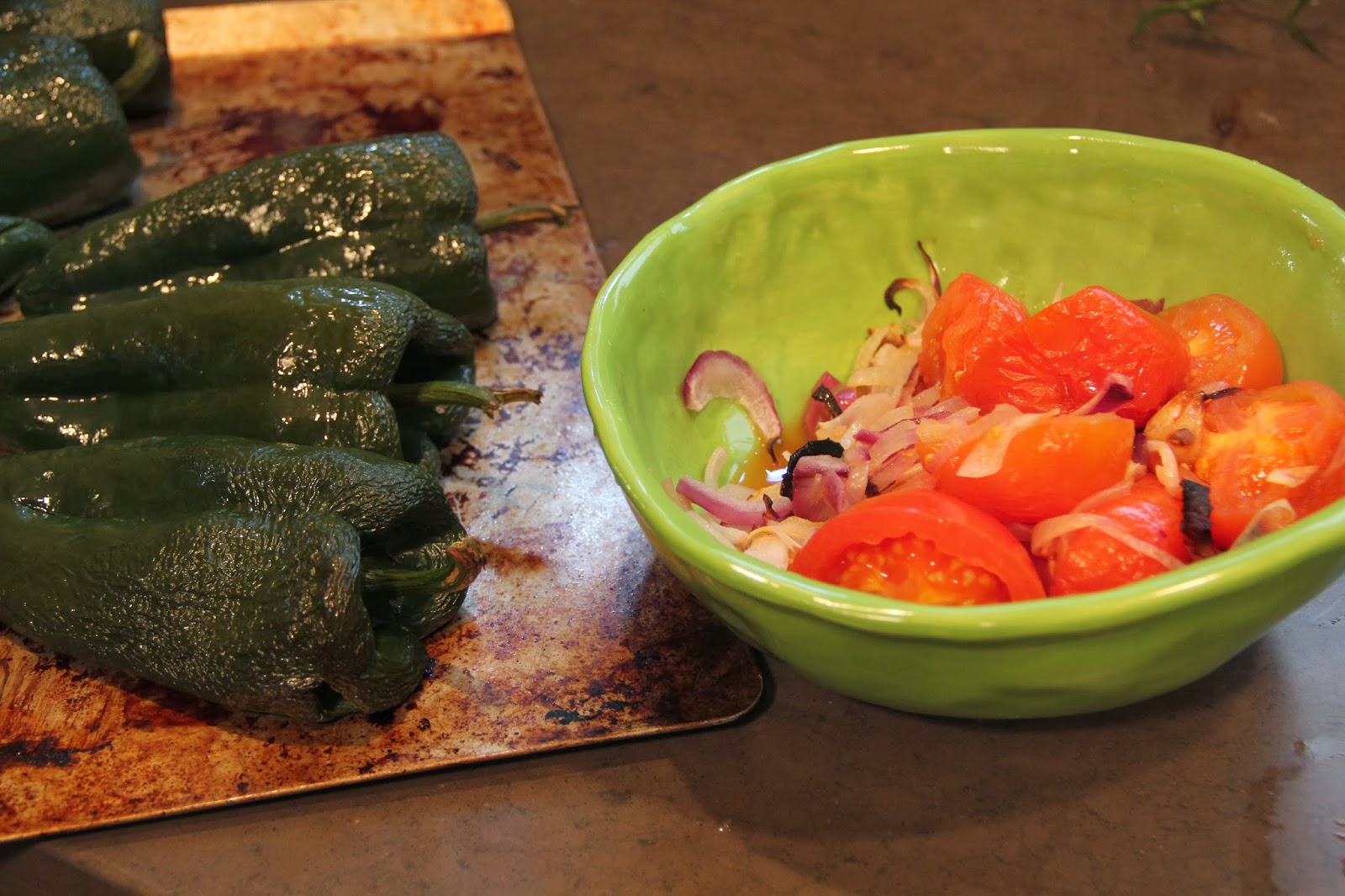 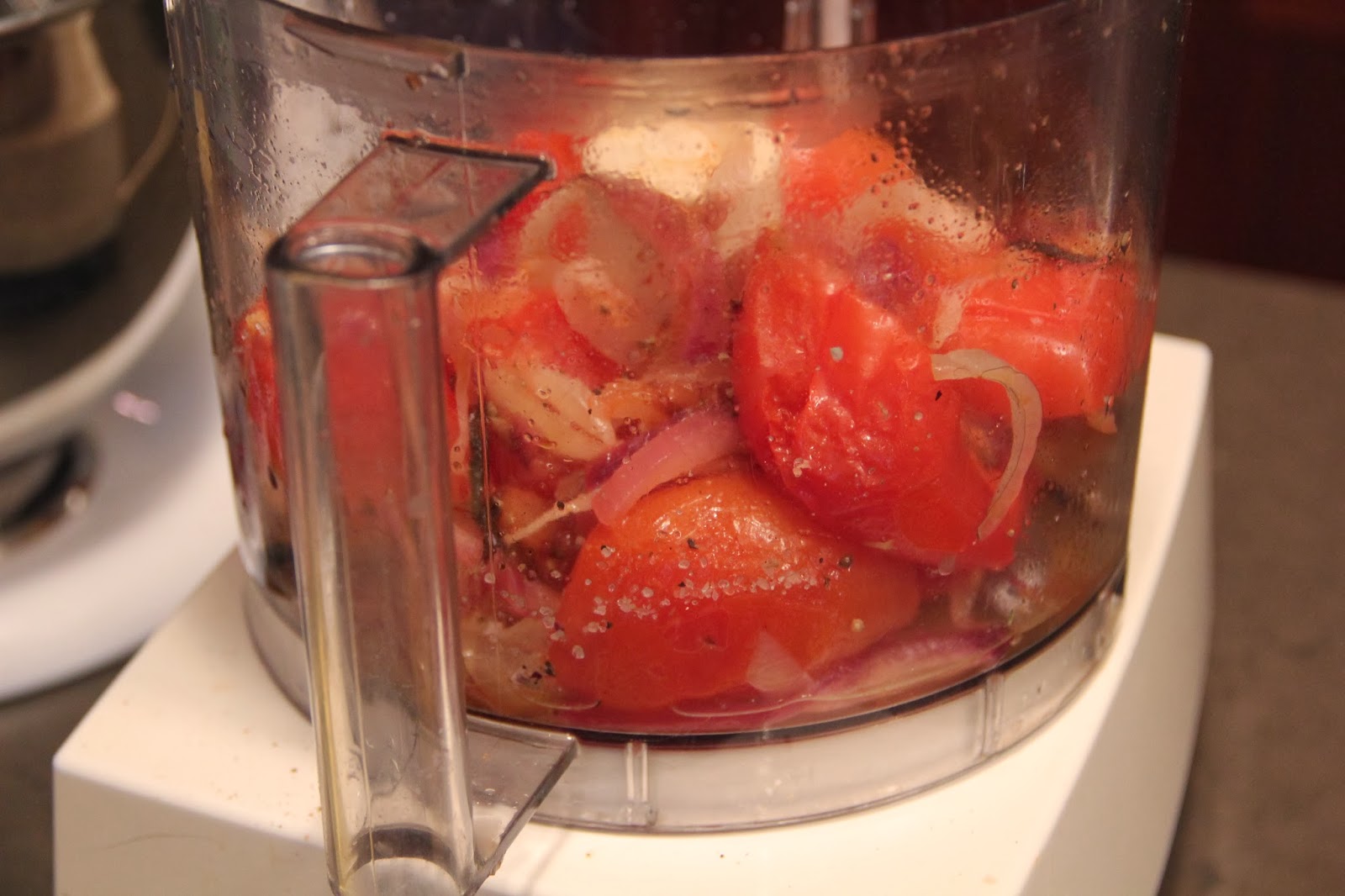 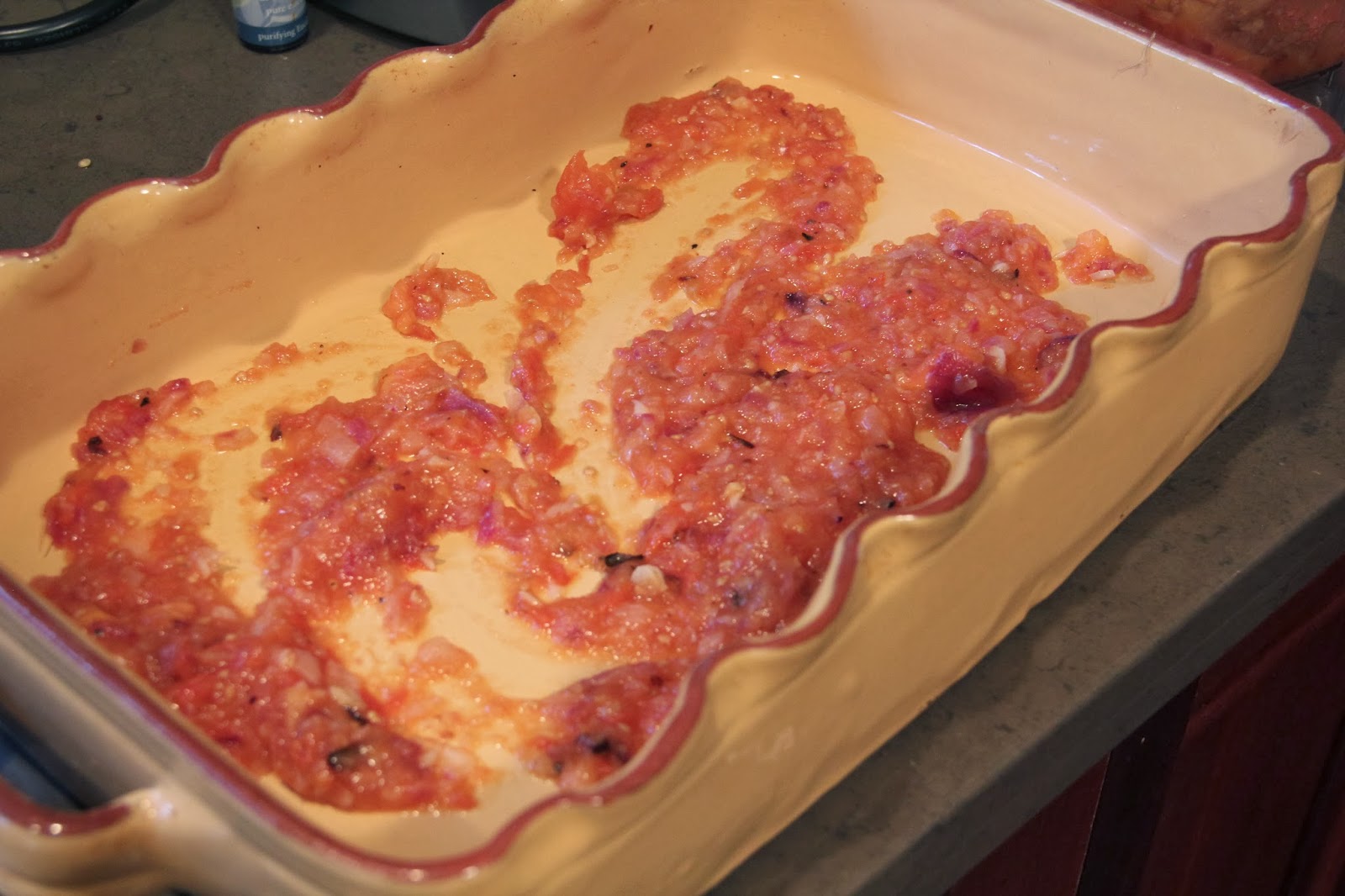 Process the roasted tomatoes, onions and garlic in the food processor with 1/4 tsp cinnamon, salt and pepper. Put half of the mixture in the bottom on a roasting pan. 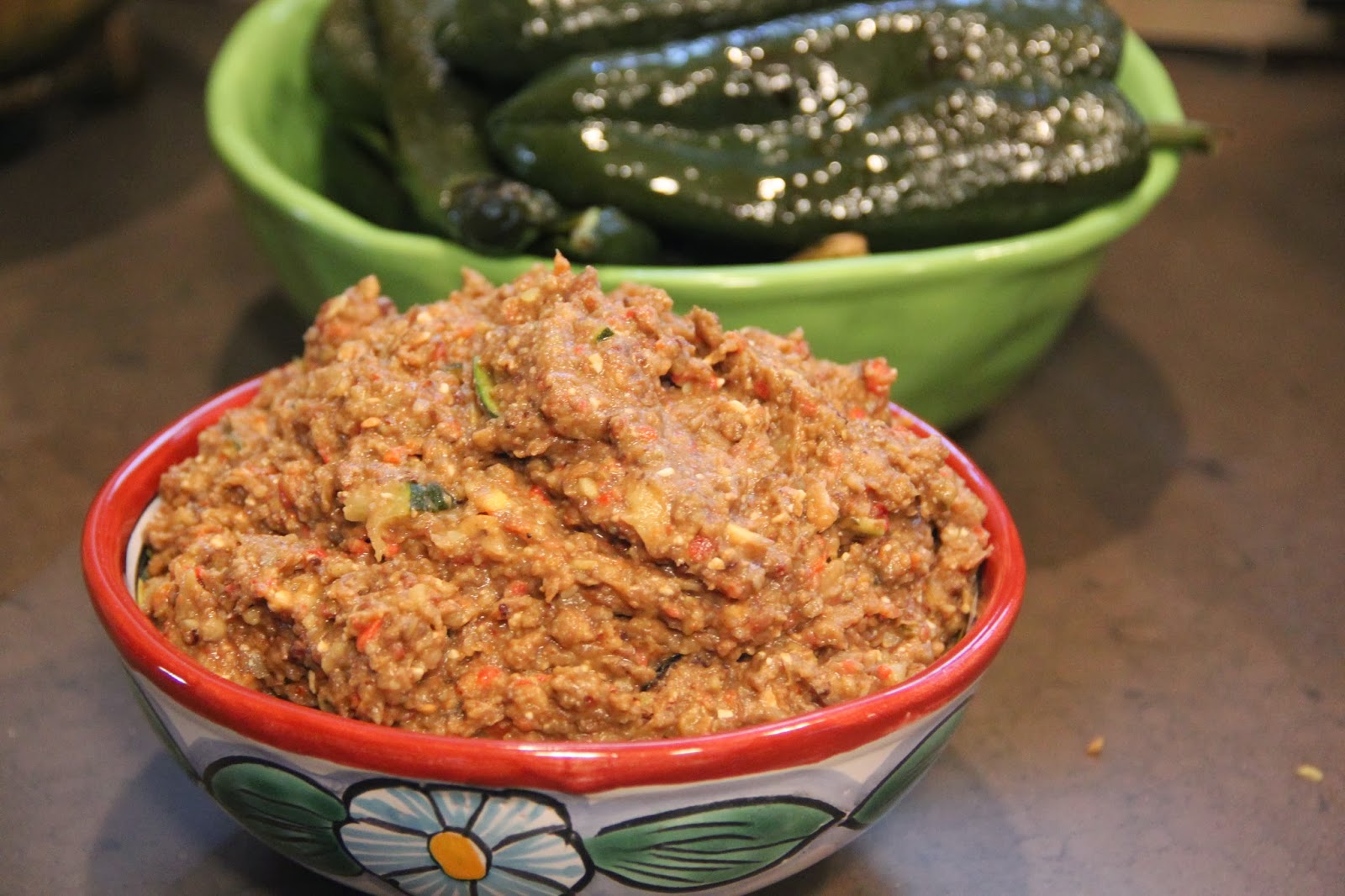 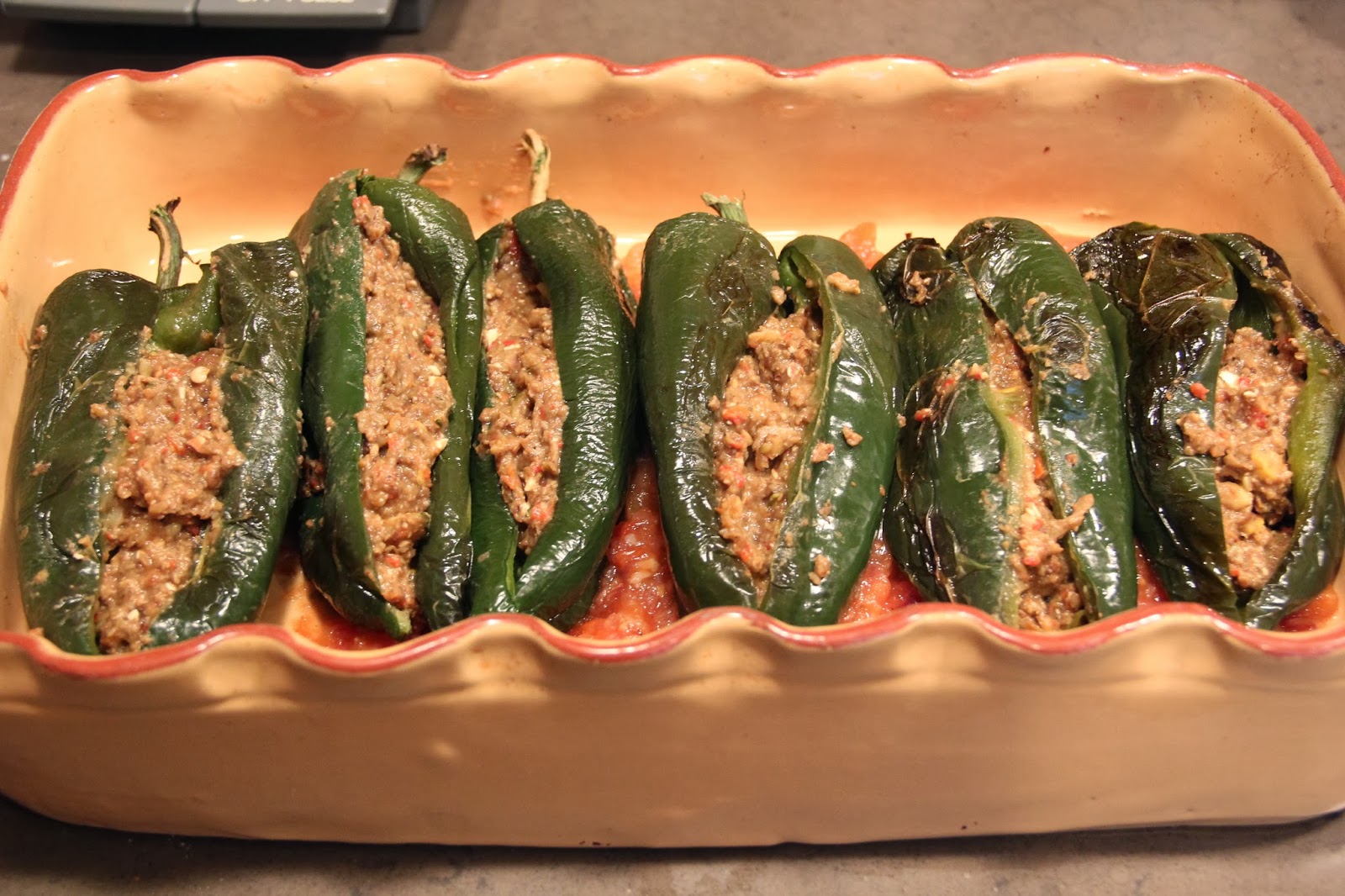 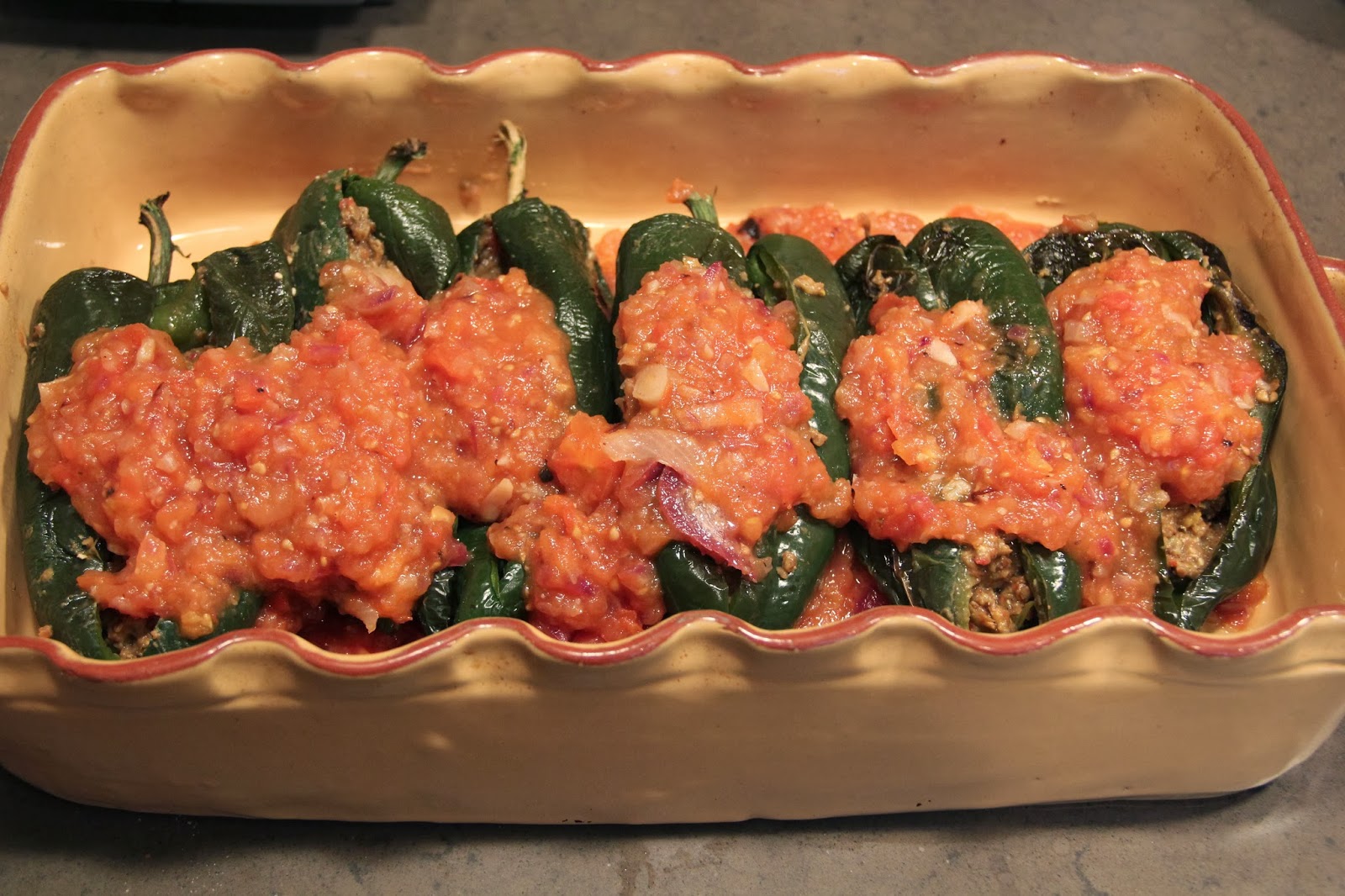 Stuff the peppers with the lentil mixture and then top with the remaining tomato mixture.  Bake at 350 for 40 minutes. 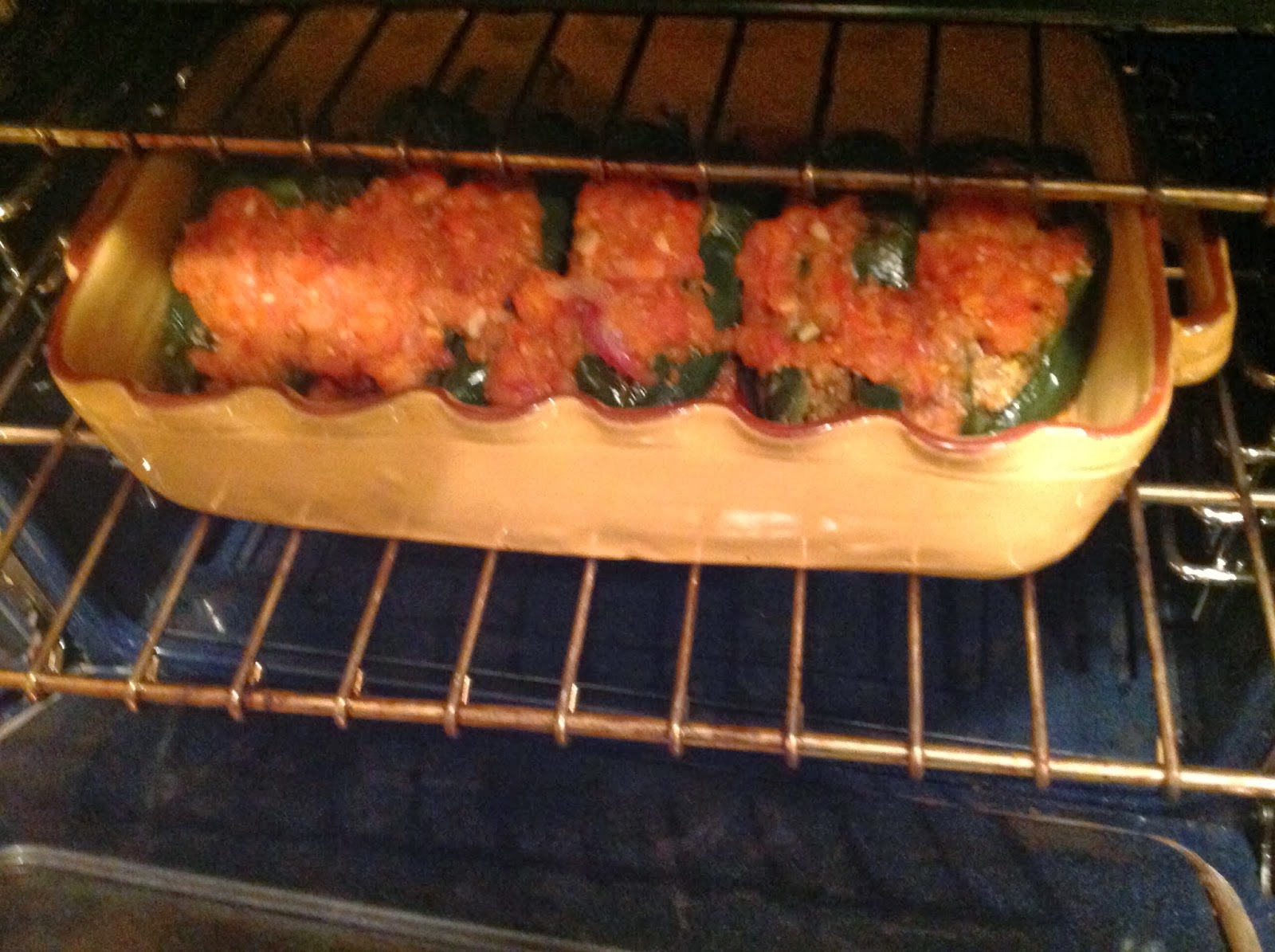 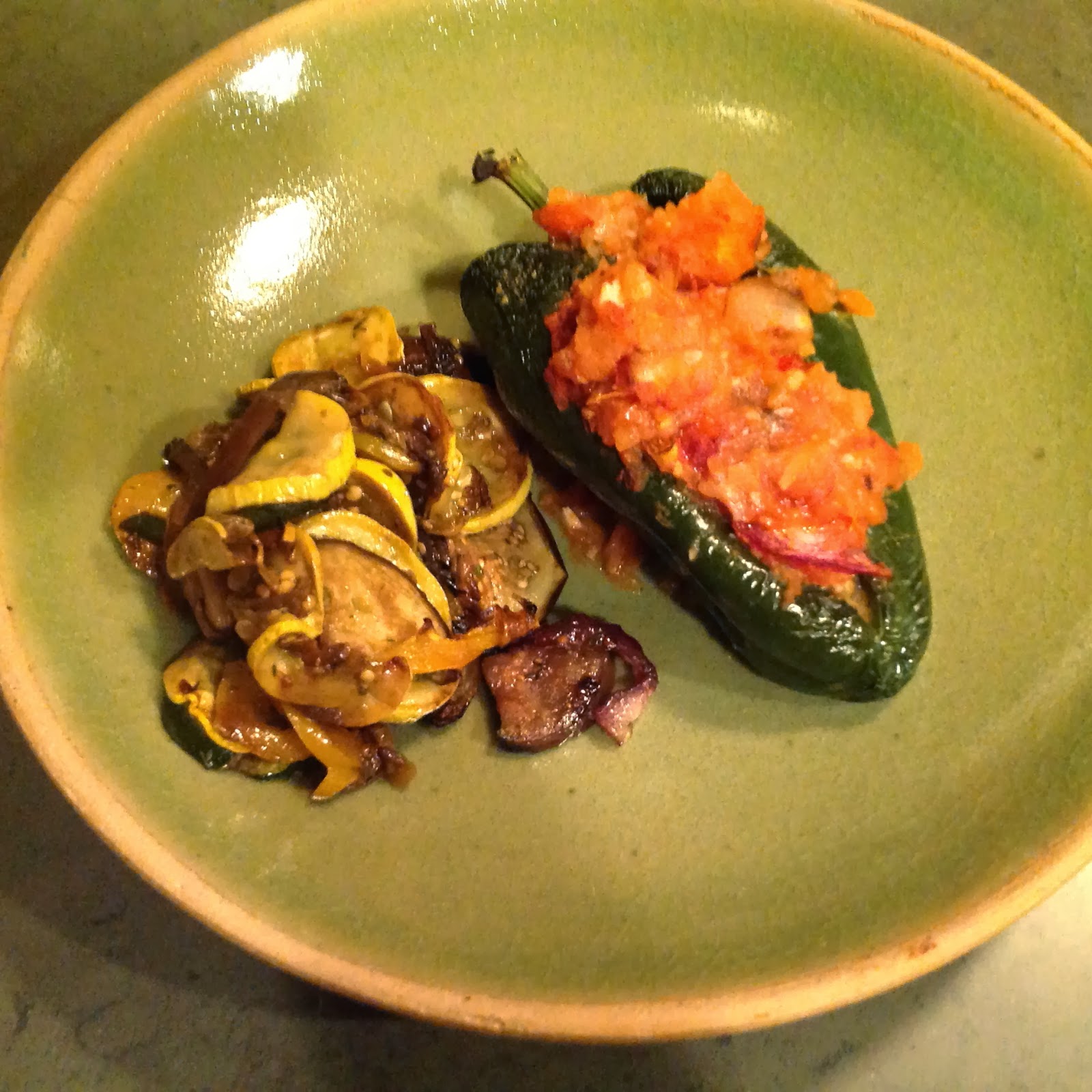