Knitting, playing mah jongg...OMG I have become my mother!  But, in retrospect, I guess my mom must have been one happenin' woman.  Mah jongg ( National Mah Jongg League rules) just happens to be one of my very favorite pastimes.  I play twice a week with two different groups and have been doing so for several years now; I've in fact taught most of the women in both of the groups how to play.  Many of the gals have gotten so good that they're already playing in tournaments.  Mah jongg is enjoying a resurgence in popularity and is a strategic, social, addictive and entertaining tile game.  Furthermore it engages several areas of the brain simultaneously and studies have shown that playing mah jongg reduces the risk of ever developing dementia.  For more info about how to play mah jongg, check out Sloperama. 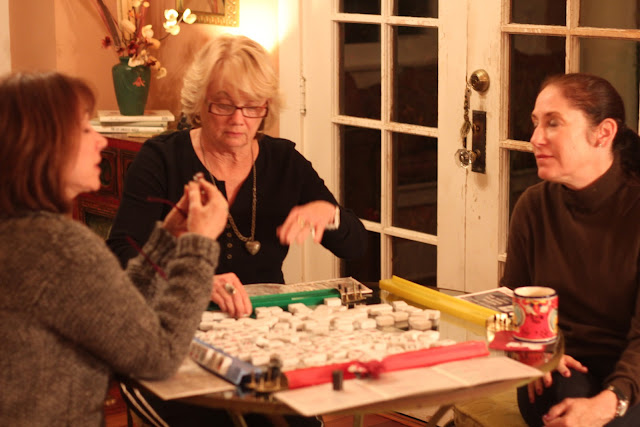 The table is set up for four players.  On the left are two Susans, on the right is Lyn and I'm taking the shot.  All 152 tiles are initially placed face down on the table; each player then builds a wall 18 tiles wide by two tiles high.  Each player takes 13 tiles from the wall into her hand with an extra tile for the east player, then collects and discards tiles in order to build a hand on the annual card. 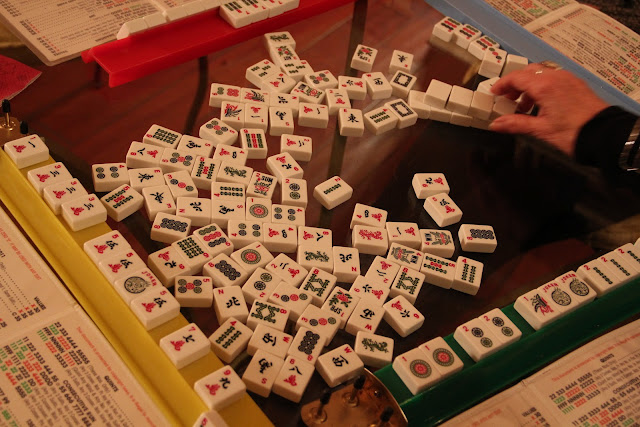 The goal of the game is to get a mah jongg by making one of the hands on the annual rule card. 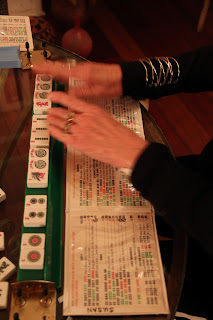 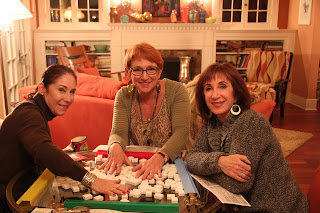 A mah jongg for Susan using lots of jokers.


Dessert was from what else, my new Power Foods cook book.  This lemon cream was made with silken tofu so it was low in calories and fat but delicious.   It's garnished with fresh blucberries, blackberries and lemon peel. 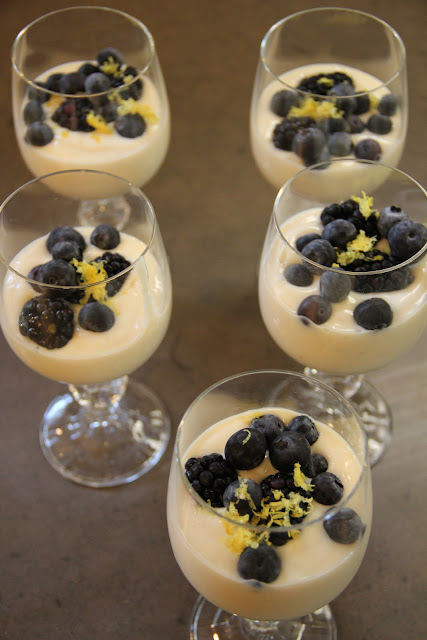