Here's a little before and after of some anthuriums in a vase transformed from color to B&W.  In addition to two B&W adjustment layers, I also added a gradient map, a brightness/contrast adjustment layer and Kim Klassen's textures Awaken and Happy Heart Textures at Soft Light/47% and Multiply/ 80% respectively. 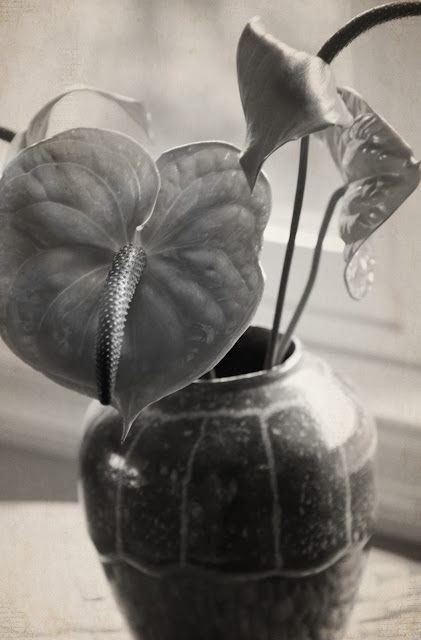 Black and White - Anthurium in vase 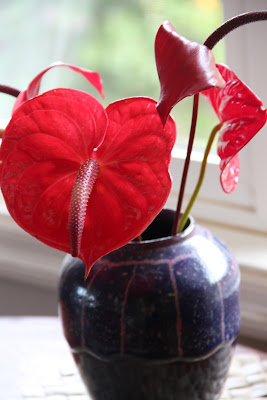